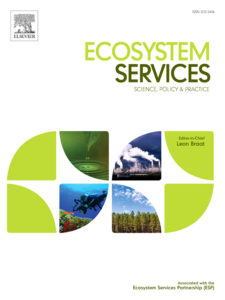 What is the experience with implementing the concept of ecosystem services in the practice of urban planning in 10 European cities?

Abstract: This paper presents a summary of lessons learned from implementing the ecosystem services (ES) approach into urban  planning  practice  in  different  European  urban  settings.  We  summarise  a  survey  co-created  with,  and presented to, researchers and end-users in city administrations from ten European case study cities. To complement the expert analysis, 14 semi-structured interviews were conducted among stakeholders to assess the use of ES in practice in urban settings. There was strong agreement between scientists and practitioners on both the opportunities and the barriers to uptake the ES concept in urban planning practice. Key agreements were that the ES concept supports decision-making as well as spatial planning, it is most useful as a communication tool, and monetarisation  and  public  pressure  can  be  considered  as  promoting  factors.  Barriers  are  lack  of  evidence including case studies, standardised methods and criteria to evaluate nature and its benefits, lack of legislations/reform, limited capacity and reluctance to apply ES in planning practice, and limited public involvement. On individual aspects, such as the monetarisation of ES, views differed both among the scientists and the practitioners. Derived from our investigations we summarize in which circumstances the ES concept is most relevant and useful for urban planners and decision-makers.